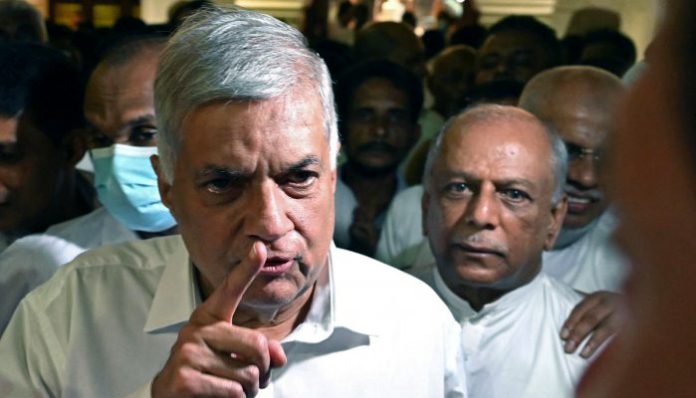 A group of Women’s rights activists has unequivocally condemned the declaration of emergency by the present government and the repression of protesters by labelling them as drug addicts, fascists, terrorists, and extremists among others. They have also demanded the government to obtain a fresh mandate from the people by dissolving parliament and calling for an early general election.

Ranil Wickremesinghe was elected President by the MPs and not directly by the people- due to twists and turns of the political events that unfolded which led to the former president Gotabaya Rajapaksha quitting and fleeing from the country -imposed an emergency immediately after taking over as ‘Acting President’ in accordance with the constitution.

The crackdown on the protestors began the same day mid-night he took over as regular president. Scores of activists and journalists were arrested and a travel ban was imposed on many.

Whilst condemning the crackdown on protestors, Ranitha Gnanarajah -Attorney at law and a member of the activists group called upon the government to stop hunting down protesters and arbitrarily arresting them on trumped-up charges.

“We call on the government to desist from deploying the law relating to hate speech to arrest and intimidate protesters who are exercising their right to dissent and critique the actions of the government”.

Pointing out that the tactics of the government is not new, she said the same modus operandi adopted in the north and east during the war and its aftermath is being put to practice now in the south.

“These tactics of repression are of course not new. The Sri Lankan state has a long history of quelling democratic and peaceful protests, particularly in the north and east. Tamil people of the north and east have long experienced the repressive apparatus of the state and continue to do so. For instance, family members of the disappeared continue to be harassed and placed under surveillance because of the struggle waged by them for truth and justice”.

The all women’s rights group has also urged the government to desist from deploying the law relating to hate speech to arrest and intimidate protesters who are exercising their right to dissent and critique the actions of the government.

Ms Gnanarajah also recalled the Sri Lankan state’s long history of quelling democratic and peaceful protests and the arbitrary arrest of hundreds of innocent Muslims under the PTA depicting them as extremists.

The Aragalaya protests have received the support of a broad cross-section of Sri Lankan society- the rights group points out. According to them, women have enthusiastically participated in these protests.

“It is a movement of citizens who mobilized to protest against economic hardship imposed by the government, which no longer enjoys the trust or faith of the people. The right to peaceful assembly, protest, and dissent are critical to democracy” she further said.

They have called upon the government to hold to account those who were responsible for attacking peaceful protesters and their tents on 9th May 2022.

Coming out in support of the ‘Aragalaya’, they have called for immediate systemic/structural changes including the abolition of the executive presidency, and more involvement of the people including women and youth in democratic decision-making through the implementation of a People’s Council