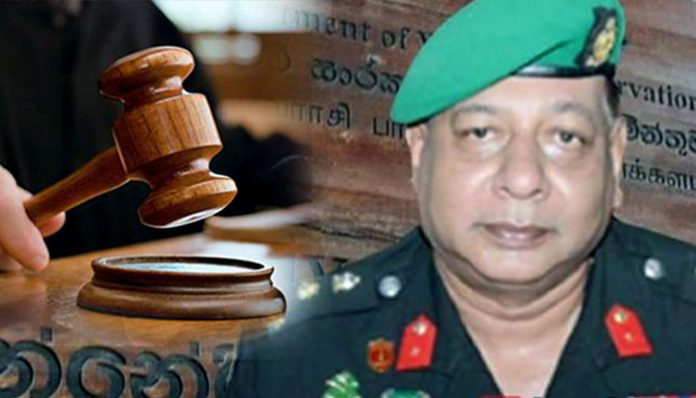 A top commander in the Sri Lanka army who allegedly assaulted and obstructed wildlife officers from performing their duties, has been released on bail the same day he was arrested. The incident had taken place when the wildlife officers were trying to apprehend a group of people who are suspected of attempting to abduct an elephant calf from a national park.

The Army officer, Major General Mohan Ratnayake, was granted bail on two sureties of Rs 500,000 each by the Kekirawa Magistrate Court, and he is implicated in assaulting wildlife officers attached to the Minneriya Naitonal Park

After the Habarana Police reported information about the assault to Kekirawa Magistrate Saman Weraniyagoda on 30 June, the Magistrate had ordered to arrest the suspect Army officers inducing the Major General.

Police Spokesman, Senior Deputy Inspector General of Police (DIG) Ajith Rohana, told the media that Major General Ratnayake was arrested after the latter surrendered to the Habarana Police on the morning of Thursday (1 July).

The Police Spokesman had further stated that in addition to the complaint filed by the wildlife officers, the Major General too had lodged a complaint with the Habarana Police in connection with the incident.

However, he did not reveal the contents of that complaint.

According to the wildlife officers, on the night of 23 June, they had launched a search operation after they received information that a group of people was attempting to steal an elephant calf from the Western part of the Minneriya National Park, near the Habarana area.

The complaint lodged by the wildlife officers says that the vehicles had entered an Army camp in the Anuradhapura area.

Polonnaruwa Wildlife Ranger Kumarasiri Wijekoon had told journalists that a complaint had been lodged claiming that a group of military officers had threatened and assaulted the wildlife officers who were returning after terminating the pursuit. This incident had taken place at the Tampita Army checkpoint located between Habarana and Maradankadawala.

Using their phones, the wildlife officers had recorded how the military officers including 21 Division Commanding Officer Major General Ratnayake threatened them.

The Sri Lanka Army referred to the incident as an ‘altercation’, and said that a board of inquiry has been appointed to look into the incident in addition to an investigation conducted by the Military Police.

“Hours after an incident where a senior officer of the Army was involved in a heated altercation with a team of Wildlife Department officials in Habarana area was reported on Friday (25), action was immediately taken by General Shavendra Silva, Chief of Defence Staff and Commander of the Army, to appoint a Board of Inquiry headed by two Senior Major Generals, in order to find and verify facts related to the whole incident since Police complaints have been lodged,” said a statement by the Sri Lanka Army.

The Army claimed that it was Major General Ratnayake who first filed a complaint regarding the incident with the Habarana Police on 25 June. Neither the Police nor the Amy has revealed the contents of the said complaint. The Army further alleged that even though the media blamed that the Major General was not arrested regarding the incident, the Police had neither summoned the officer nor launched an investigation until the officer surrendered to the police on 1 July.

Moreover, the Army said that the Major General “expects to sue against defamation and insults inflicted”.

The next hearing is scheduled to be held on 3 February in 2022.