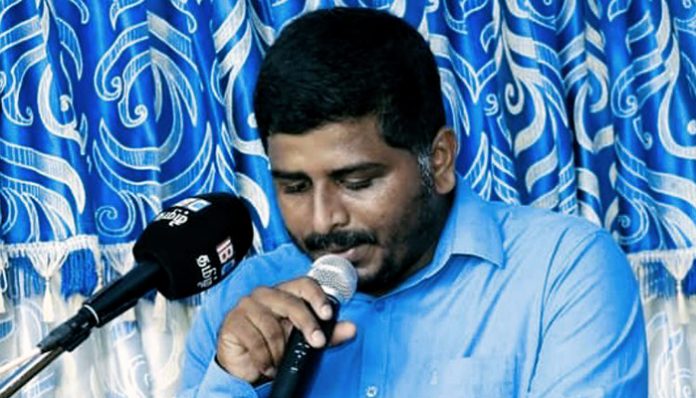 Mullaitivu District Journalist Shanmugam Thavaseelan, was stopped by a group of Army and Police personnel stationed at the newly established Army Post near the Mullivaikkal Memorial.

Soldiers had obstructed the journalist when he visited the Mullivaikkal area on 14th May to report the preparations of the thirteenth remembrance, which is commemorated annually on 18th May at Mullivaikkal.They have questioned the journalist if he had videotaped the place.

Journalist Shanmugam Thavaseelan further stated that the police officers who arrived at the scene had checked his driving license in addition to the media accreditation card and recorded his personal details.

Shanmugam Thavaseelan – who is the president of the Mullaitivu Press Club, which reports on the Vanni in general and specially on war-affected people – had been harassed several times by the Sri Lankan security forces in the recent past.