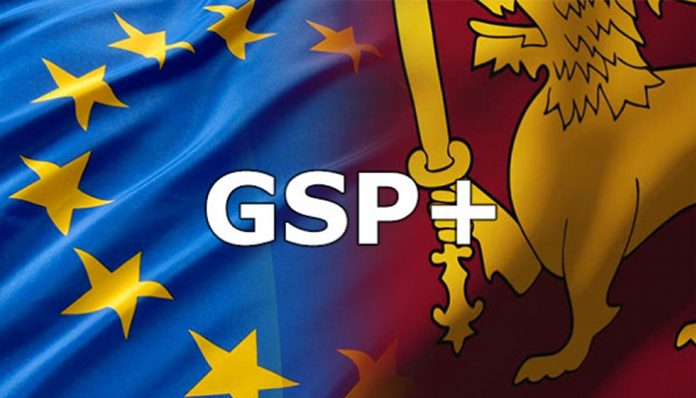 Trade union leaders allege that the government is attempting to ignore labour rights in its bid to prevent losing the preferential status Sri Lanka was granted to access the European market.

A resolution adopted at the European Parliament in Brussels, Belgium, last month had particularly referred to the Prevention of Terrorism Act (PTA) being used to oppress ethnic minorities in Sri Lanka.

The resolution poses the risk of Sri Lanka losing the GSP+ tax concession, if measures are not taken to deliver commitments on upholding human rights and repealing the PTA.

However, during a discussion held with the government in the wake of the European Parliament warning, trade union leaders had avoided discussing on the PTA.

When the labour minister stated that the European Parliament had imposed restrictions only with regard to human rights violations and the PTA, trade union leaders had warned that they will complaint to the European Union of the government’s stance.

During the discussion, it had been revealed that trade unions had not informed the European Union of labour rights violations in the country until the risk of losing the GSP+ concession surfaced as a result of enforcing the PTA to oppress the country’s ethnic minorities.

The resolution had recommendations for protecting labour rights even without complaints from trade union leaders.

It “urges Sri Lanka to cooperate fully with the International Labour Organization (ILO) to strengthen the labour rights of factory workers, including health and safety conditions for garment workers in special trade zones; calls on the Government of Sri Lanka to effectively implement and strengthen the National Policy on Elimination of Child Labour; calls on the Sri Lankan authorities to adapt the Board of Investment of Sri Lanka Labour Standard and Employment Relation Manual in order to bring it in line with international standards, notably ILO Convention Nos 87 and 98.”

Nevertheless, Labour Minister Nimal Siripala de Silva had said that the resolution had not highlighted “any issue whatsoever” with regard to labour rights violations in Sri Lanka and that “there is nothing to talk about labour rights either.”

More than 50% of the goods Sri Lanka exported to Europe last year were apparel/ready-made garments.

In response to the Labour Minister’s remarks, Marcus had emphasised that even though relevant organisations have complained to the European Union about human rights violations in Sri Lanka, matters pertaining to workers’ rights were not discussed at the European Parliament, since trade unions have not filed fresh complaints in that regard.

He had further warned that if the Ministers continue to argue in this manner, the trade unions will take steps to file the necessary complaints without further delay.

“We requested an assurance from the government that it would intervene to implement the International Labour Organisation (ILO) conventions it has ratified with regard to the GSP+ concession,” said Marcus.

They had further proposed that the government takes over the responsibility of implementing their commitments in future.

“The Foreign Ministry should take steps to appoint and lead a tripartite investigation committee that has powers to give instant solutions to the issues that arise when employers do not work in accordance with those laws. According to what we have experienced, during the last season, i.e. when Sri Lanka regained the GSP+ concession in 2017, they appointed an investigation committee which was led by the Labour Ministry Secretary. However, that turned out to be an inactive committee, which does nothing, because he had to protect the Ministry when he was working as the Ministry Secretary. In that context, we request that the GSP+ concession related responsibilities, especially those relating to reliefs for the labourers, be given to the Foreign Ministry, not them.”

According to Marcus, Foreign Minister Gunawardena had stated that the final decision would be informed after discussing the matter.

Mercantile and Industrial Trade Union President Linus Jayatilleke opined that the prevailing situation is an “endless injustice that is likely to continue.”

The senior trade union leader points out that it was the employers who benefitted from the GSP+ concession, which Sri Lanka lost during Mahinda Rajapaksa’s tenure owing to human rights violations, not the trade unions that extended their support in 2017 to regain it.

“Only employers benefitted from the GSP+ concession. Governments also benefitted through increased export revenue (in the form of increased foreign reserves), which was a result of this concession. That is all that happened, and workers had no opportunity. Therefore, trade unions wanted to obtain what is rightfully theirs. Former Labour Minister John Seneviratne admitted that this is not just and should be rectified. He said that employees in this sector should receive 50% of the benefits of the GSP+ concession. In fact, even though workers’ trade unions extended their support to regain this concession in 2017, once we received it, neither the government nor the employers did anything for workers. Laws formed by the ILO with regard to the social and economic benefits to which labourers are entitled had been ratified; but no attempt was made to bring laws for the benefit of labourers. No step was taken to ensure the freedom of organisation legally,” Jayatilleke stressed.

During the discussion, Minister Gunawardena seemed like he had ‘understood the situation,’ Marcus said, adding that they will be awaiting the government’s response.

Since the working class’ ability to win democratic rights such as the abolition of the PTA, which is used to oppress not only ethnic minorities but also the working people, has been limited due to the lack of collective power, they are forced to continue the battle for rights using “blunt tools”, according to Anton Marcus.

If Sri Lanka is found to have not fulfilled its human rights commitments, the country would face the risk of losing the GSP+ concession.

In November, the European Union is to review the GSP+ concession, and Sri Lanka’s human rights records including the state of rights of ethnic minorities and workers as well as how Sri Lanka has implemented international human rights laws, would be taken into account.